Why Argentine beef is considered one of the best in the world?

By Aliosha Stern8 August, 2022No Comments

Over the years, Argentine beef has been ranked as one of the best in the world, but why?

Experts can confirm that the tenderness and unique texture of Argentine beef is one of the reasons why the country is recognized worldwide. It is also known for its rich and savory flavor, so much so that it is rarely seasoned with anything other than salt.

There are many answer to this question, one of them being the weather, abundant grassy lands, and over one hundred years of expertise with cattle, and BBQs, aka as asado. 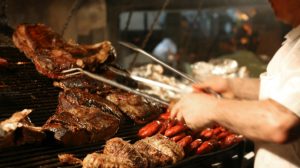 The vast plains where the Argentinian cattle feed are natural grass lands, therefore, they are less prone to contracting and spreading diseases compared to cattle that feed from prepared foods.

In fact, in 2021, it was an Argentine producer who won the World Steak Challenge, offering a recognized seal of quality and setting the benchmark for world steak production. 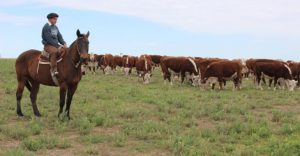 In that sense, the Argentinean beefs were the best in terms of flavor, smell, appearance and fat consistency.

Not to mention that Argentines eat about 129 pounds of beef a person per year, far surpassing Americans, who mustered a mere 57.5 pounds by comparison. 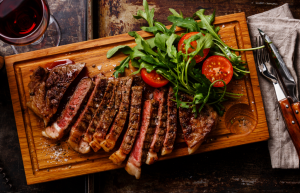 So now, you know why some people say that if you look up Argentina in the dictionary, the definition says, ʻsynonym of meatʼ. It is a source of national pride and after tasting your first asado, you will understand why.

Visit us at any of our Novecento locations and fall in love with our premium grilled cuts brought straight from Argentina and other top sources in the US.

To receive information on special promotions & newsletter from Novecento. You can unsubscribe at any time.